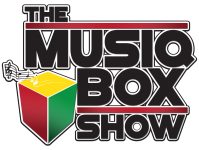 “Live life to the fullest but always remember to give back to your Roots and Culture. Keep Faith, Love & Family in your heart and you will never go wrong.”

“Together we embark on this journey through faith, love & music”
That’s how Elijah best describes his passion for radio. He grew up listening to his parents favorite jams like R&B sensations Earth, Wind & Fire, Kalapana, C&K and WAR just to name a few. This upbringing is what influences his love for music and his belief in the power of healing thru music. His radio career started as Co-host for Rocksteady Reggae Radio in 2011 for about 4 1/2 years. With great mentorship from Tanesha Harris, it was time to start his own Radio Show in 2016. With the launch of The Musiq Box Show, he wanted to provide a platform for not just musicians but everyone under the sun, from all different walks of life, to share their talent through music & culture. FccFreeRadio.com in Studio 2b was the platform for The Musiq Box Show for 2 1/2 great years. He learned that he needed to do more and bring the radio show closer to the people.
The next chapter for Elijah began in April of 2019. Making the move to NiceUpRadio.com, he was able to bring the radio show to a broader audience by broadcasting LIVE from anywhere. Not only is Elijah a Radio DJ but an MC/Host for all types of events. President of SHOW NUFF Entertainment he brings not only a good promotion team but a radio station alongside for extra measure.

Diggy has been surrounded by music all his life especially the love for singing. His passion for singing started as a little kid to now playing with one of the Bay Areas greatest bands, The Mango Kingz. Starting the band over two decades ago has help him grow close to both the Hawaiian community and the music community in general. In the early 2000s Diggy was party of a Hawiian Radio Program broadcasting out of KUSF in San Francisco. Being able to spread the music he loves and enjoys, is one of his passions both on stage and off. The Musiq Box Show allows him to continue spreading the love of music and  spread positive vibes all over the world.